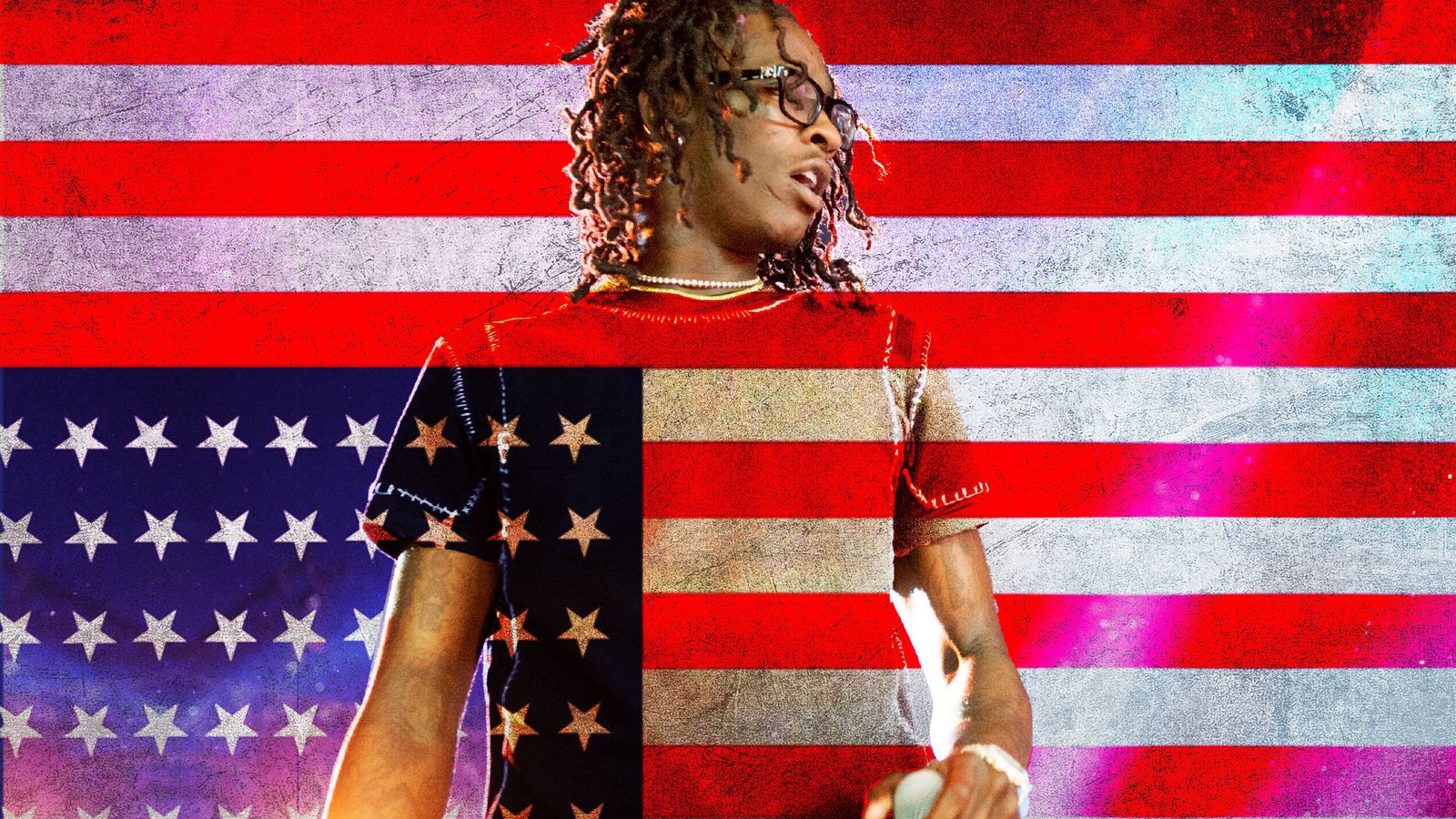 Young Thug Is My Therapist

The healing power of the iconoclastic Atlanta rapper

Guys this is a great read. Check it out

I love Thugger, and I’d say this might be excessive praise. I do think it raises good points in regards to the amount of emotion and meaning in his otherwise simple lyrics and melodies.

That Ringer post is pretty good. I feel like his sound is growing up from early shit to now and in a good way.

Hype for Jeffery, hype for HiTunes, his snap is silly as shit tho.

Stupid question - you think dude really is sipping all the time or is that just some pink Gatorade in a double so he can play that image up on snapchat? I feel like Gucci would tell him to take shit easy. Also he hangs out with Dolph a lot, I want them to collab more for real.

any combination of the 3 is too good, they all have insane chemistry with each other

His associates have said that he drinks it all day.

Damn man that kind of bums me out, shit can get dangerous.

Yeah he ain’t exactly a pinnacle of healthy living. Check out GQ’s bio of him.

Yeah he ain’t exactly a pinnacle of healthy living. Check out GQ’s bio of him.

That GQ bio said he gets a shot of vitamins from a doc every now and then or something. He really does eat unhealthy but not much as well. He’s healthy enough basically… The lean aint that much of an issue imo. He used to sip way more but now he got Jerrika to watch his usage tbh

I honestly guessed that was just a persona.

Getting the shot of vitamins and such isn’t what I’d call healthy, I guess I’m just old-school that way

. Good to hear about Jerrika watching his intake though.

I honestly guessed that was just a persona.

Yeah he real successful now though. Cosigns from the majority of the industry and no one doubting any of his street past whatsoever, Waka Flocka has been on record saying to not play with Thug in the streets. 2 or 3 felonies charges last year were on weapons but he off those now

Such a quality song.

His hook on guwop home was fucking awesome. It made me more pumped for hitunes than I before

he came thru wit soul

Yeah I think everyone’s top 5 or 10 is very different. Mind changes fairly often depending on the mood really.

My favorite part of The Fader cover story on Gucci Mane, about Thug

Shortly after Drake leaves, Young Thug shows, only about five hours late. Still, his arrival marks a joyous occasion. It’s the two rappers’ first time seeing each other since Gucci’s come home — Thug recorded his contribution to the song remotely — and their elation fills the air. Gucci stomps over from the opposite side of the pool with a childlike bellow, “My friend is here! I’m so happy now!” They hug, their respective chains clanking. A few minutes later when they reenact their reunion for social media, Gucci adds, “This is a great day!”
Thug, who in the years since Gucci went in has blossomed from a promising cult favorite into one of the most brilliant rap stars breathing, reminisces fondly on the time spent with his mentor in the Brick Factory. “He taught me everything,” Thug says. “Most definitely he taught me don’t never stop. He was rapping every day, all day and all night. He’ll be mad at me if I’d leave the ‘yo [the studio]. He’d be like, ‘Man, you dead broke and you goddamn running around and I’m up a whole lot of millions and I’m working every day. How the hell that look?’” Gucci chimes in, cheesing: “I’d tell Thug all the time, ‘Where you goin?! You see me in here every day, why you goin’ so soon?’”
And Thug is unfazed by the many changes in his old friend: “I don’t give a fuck. He could be seven hundred pounds, he could be two pounds. Either way it go, he’s still Guwop,” he says. “I’m wit it. He gonna be fat, I’m gonna get fat too, fuck it. He gonna be skinny, I’m gonna be skinny.”
They chop it up for a few minutes more, both of them still wearing ear-to-ear grins as Gucci gives Thug a quick tour of his new digs. Then they get down to business with the video shoot. There’s nowhere to go and work to be done. 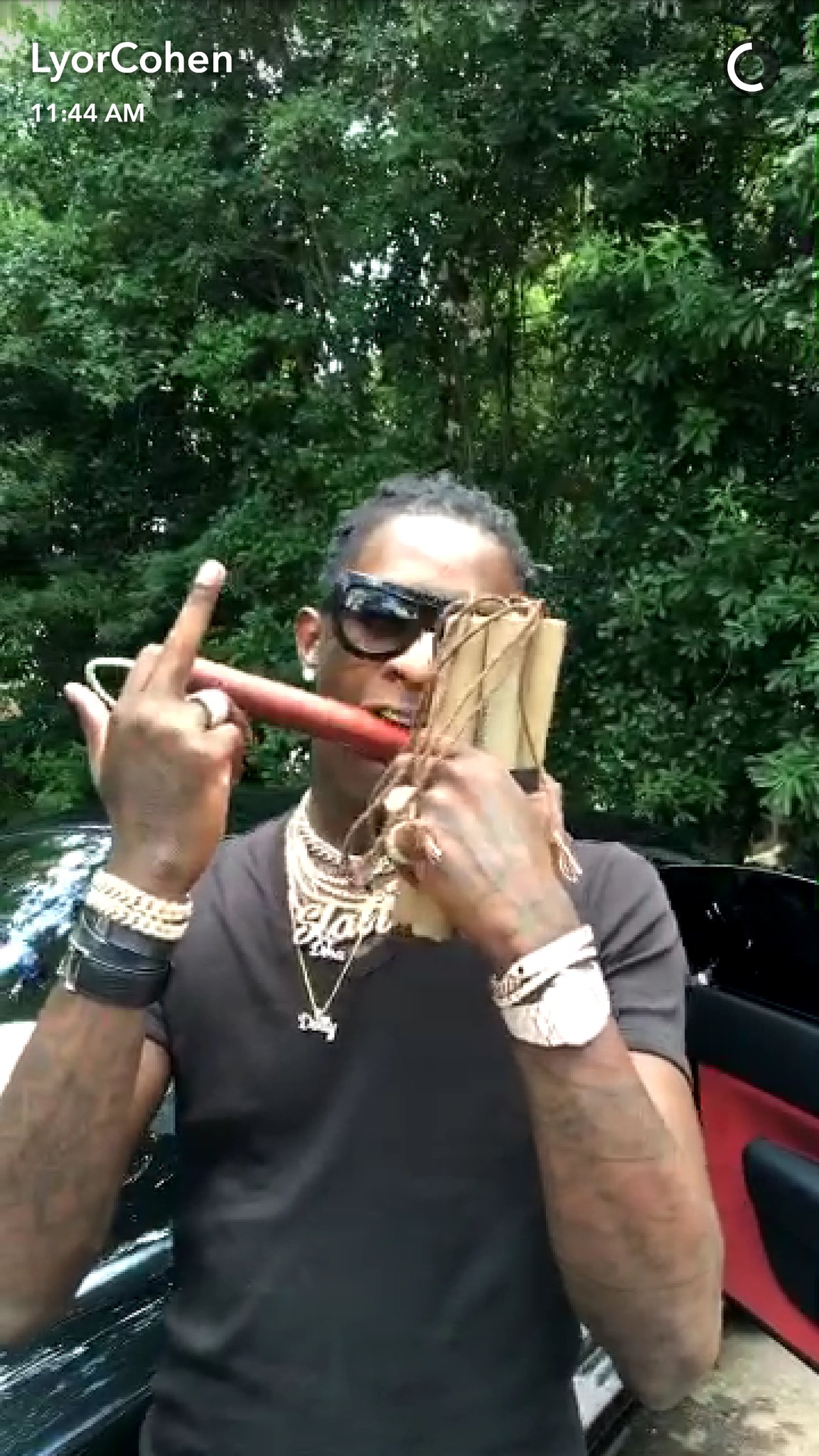